Title race back on after Man City humbled by West Ham 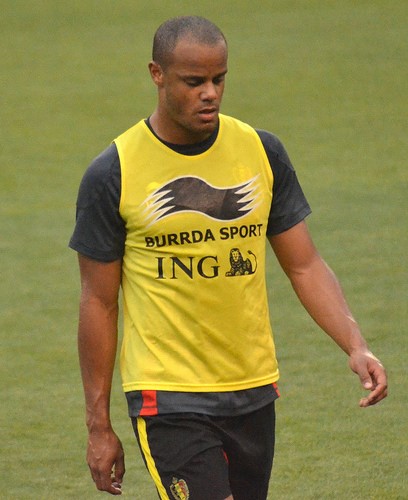 Caption: City missed their captain in their first league defeat of the season

Manchester City’s home defeat by West Ham goes to show that anything can happen in the Premier League. Just when pundits were speculating that City would run away with the title after a dream start, the league showed that anyone can beat anyone, and it is getting harder to predict results.

At the time of writing, the gap between the Manchester clubs at the top of the table is two points with other title contenders Arsenal and Chelsea trailing by five and eight points respectively. Chelsea had a poor start to the season but after a couple of good wins, including beating Arsenal, they will be hoping to put that patchy spell behind them.

Although Kevin De Bruyne is looking like a handy new addition to City’s squad, in the defeat to West Ham they were desperately missing David Silva’s vision and control in attack. At the back Vincent Kompany missed his first game and City consequentially conceded their first goals of the campaign. It is clear that City need to try and keep their key players playing together as much as possible, as the back-up brigade just don’t share the same kind of class. It should also be noted that the Chelsea team that won the title last time out changed very little over the course of the season and grew stronger because of this. City’s trip to Old Trafford in a few weeks’ time could prove to be a very enticing encounter indeed.

At the start of the season, bookies were offering odds as short as 13/8 for Chelsea to retain the league title. BETFAIR are now offering 15/2 on Jose Mourinho’s men to win it and it may be a good time to put some money on them. Things can change very quickly in football these days and these are probably the best odds that will be available with Chelsea still having a chance of coming back.

If the reigning champions can follow up their win against Arsenal by going on a winning streak, then things could look a lot different in the league at Christmas. A considerable set-back for them is that Diego Costa has now picked up a three-game ban, but this should hopefully allow the reserve strikers to rack up some playing time and help create some competition for places. With a fairly good looking run of fixtures and Eden Hazard starting to find some form, Chelsea may well find themselves back in contention in a couple of months’ time.