Who will win the FA Cup tie between Manchester United and Tottenham Hotspur? 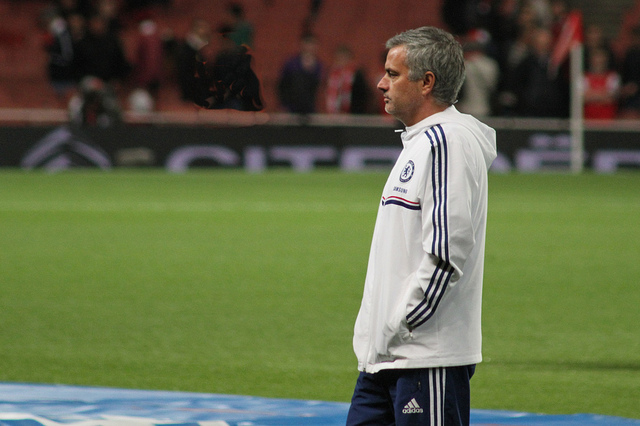 Both Manchester United and Tottenham Hotspur are likely to finish in the top four of the Premier League this season but there is no trophy for ending up second, third or fourth. Just ask Arsenal, who have been finishing in the Champions League spots for a while now (although, they look to miss out for the second season in a row). What fans of United and Spurs will demand this season is a trophy and, for both clubs, the only way for them to win silverware this campaign is by clinching the FA Cup.

United and Tottenham will face each other in the semi-finals of the FA Cup on April 21. Although the Red Devils are technically the home team, it is Spurs who will feel at home at the Wembley Stadium in London, given that they have been playing there all season while White Hart Lane undergoes reconstruction. Mauricio Pochettino’s side have lost just once at Wembley in the Premier League this season and have won as many as ten league fixtures out of fifteen.

Bookmakers are backing the North London outfit to win against United. According to the FA Cup betting odds on bet365.com, Tottenham are rated at 6/5 to win the tie and 2/1 to clinch the competition. United are third-favourites for the FA Cup overall with odds of 9/4; they are also 9/4 to get the better of Tottenham in the semi-finals.

Tottenham have some wonderful players, such as Christian Eriksen, Dele Alli and Hugo Lloris, and, if star striker Harry Kane recovers full match fitness in time for the FA Cup tie, then the North London club’s chances of winning against United will increase. Given how strong and comfortable Spurs have been at Wembley after recovering from the opening weeks of the season when their form there was indifferent, fans should be optimistic.

However, United should not be taken lightly. After all, the Red Devils are managed by serial winner Jose Mourinho, who knows how to win major cup ties. Mourinho has won the Champions League and the Europa League, and the former Real Madrid head coach will have a plan against Tottenham. With players such as David de Gea, Alexis Sanchez and Romelu Lukaku in the team, United could sneak a narrow win at Wembley.

The first fifteen minutes will be key in the FA Cup semi-final tie at the Wembley Stadium and will set the tone for the encounter. If the Tottenham players do not start the match positively and allow their lack of experience of playing in cup ties to dictate, then United could start to dominate. Mourinho is not afraid of playing a defensive game and making it hard for the opposition to break down his team. Tottenham may move the ball around well but, if United remain rigid and stick to the plan formulated by Mourinho, then Mauricio Pochettino’s side could get frustrated.