No shortage of striking talent in Scottish Premiership 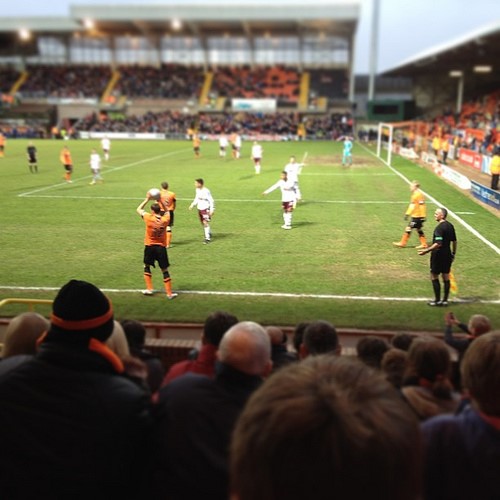 There will always be those who dismiss the standard of football in the Scottish Premiership but there is no denying that a lot of strikers playing in the top two leagues in England have either come from Scotland or played there at some point in their career. Clubs from the Premier League and the Championship are always monitoring the Scottish Premiership for goalscoring talent, and there have been a number of players who have come from seemingly nowhere to put themselves on the shopping list of a lot of English clubs.

While Celtic are heading into the closing stages of the campaign at 1/200 to win the Premiership title for a fourth consecutive season, the club’s strikers have been somewhat overshadowed by forwards playing for those teams battling it out behind the Glasgow giants lower down the table.
Let’s have a closer look at those who have surprised fans and bookmakers alike this season, and possibly players who could be targets of clubs in the summer.

Adam Rooney: Currently as short as 1/10 to finish as the Scottish Premiership’s top scorer, Aberdeen’s Adam Rooney has really established himself as a firm fans’ favourite at Pittodrie since making the move north from Oldham last year. The striker’s goals have been crucial to the Dons’ incredible season and Rooney has admitted his return to Scotland has revived his career. Closing in on his 20th league goal of the season, the Irishman is a contender for player of the season and will be in demand this summer. Aberdeen will be desperate to hang onto their prolific striker come the end of the season.

Greg Stewart: The real surprise package of this season has been Dundee forward Greg Stewart. After being released by both Rangers and Hearts as a youngster, Stewart went on to learn his trade at Cowdenbeath before earning his move to Dundee last summer. There were some who felt Stewart would not be able to score as regularly in the Premiership as he had done further down the leagues with Cowdenbeath, but the 25-year-old has proved those doubters wrong and currently finds himself second in the league goalscoring charts. While Dundee has surprised plenty of betting fans this season, the club will know they have something to build on going into the future, and Stewart is showing that he could be a crucial part of the club’s plans.

Nadir Ciftci: Ever since his arrival in Scotland in July of 2013, Nadir Ciftci has been one of Dundee United’s most important players. Initially signed as an attacking midfielder, Ciftci has found himself playing in a more attacking role than he may have expected. After struggling to score goals on a regular basis at any of his other clubs, Ciftci has been relatively prolific during his time at Tannadice and is currently the third leading scorer in the Scottish Premiership. The 23-year-old has certainly enhanced his profile in Scotland and there are some who feel the former Portsmouth trainee could also be attracting some admiring glances from England.